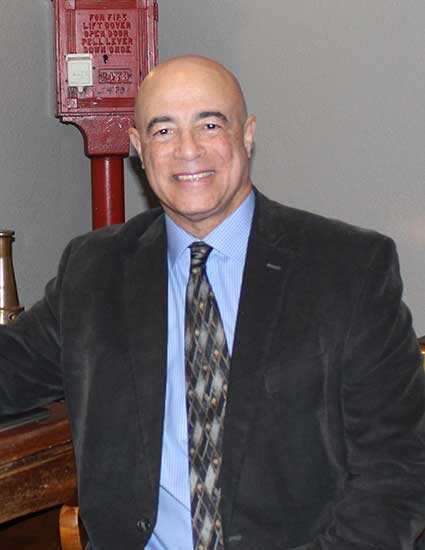 After a 25-year career advancing through the Milwaukee Fire Department – serving as Firefighter, Lieutenant, Captain, Battalion Chief and Deputy Chief of Fire Operations, Instruction and Training, Construction and Maintenance – Doug Holton was appointed Fire Chief for the City of Saint Paul Department of Fire and Safety Services in 2003. He led and managed a department of over 400 fire personnel and support staff in a city with more than 290,000 residents.

In June 2007, Holton returned to Milwaukee to be sworn in as Milwaukee’s 15th Fire Chief and the first African American Chief in department history. He led a department comprising approximately 1,000 fire, emergency medical and civilian members. In 2009, Holton joined Madison College, serving in a number of roles, including Associate Dean for the School of Human and Protective Services.

Born and raised in Milwaukee as one of nine children, Holton graduated from Marquette University High School and UW-Milwaukee, holding a bachelor’s in criminal justice and a master’s degree in urban studies. While serving as Milwaukee’s Fire Chief, he earned a Graduate Certificate in Homeland Security Management at the Naval Postgraduate School in Monterey, California.

Holton and his wife Josie have celebrated 45 years of marriage and currently reside on the northwest side of Milwaukee. They are the proud parents of three adult children and six smart and beautiful grandchildren. Holton has been a dedicated lifetime servant of the community.