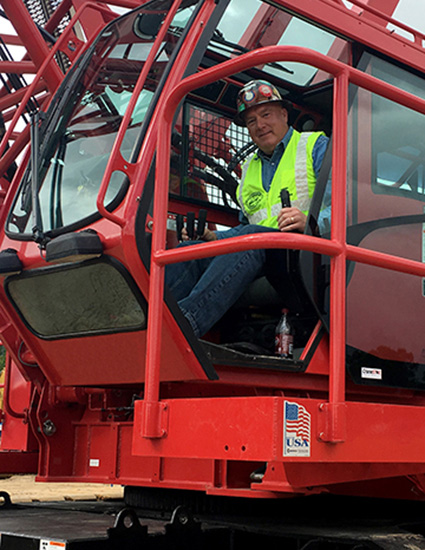 Terrance E. “Terry” McGowan is the President/Business Manager of the International Union of Operating Engineers Local 139, a statewide skilled trade union primarily representing heavy equipment operators and mechanics who service the machines. Terry represents his membership of about 9,000 active and retired members. Besides it’s four union offices, Local 139 also operates the state-certified Joseph J. Goetz Jr. Training Center on nearly 400 acres in Coloma, a facility that Terry led for five years in the mid-‘90s while serving as the union’s Training Director and Apprentice Coordinator. The state-of-the-art center is also accredited through the Fox Valley Technical College. More than 5,000 journeymen and apprentice Operating Engineers improve their skills at the center annually.

A 30-year member of Local 139, Terry also has served the union in many official capacities over the years; Financial Secretary, Vice President and Training Director. Currently, Terry is the chairman of the union’s Executive Board, chairman of the Wisconsin Operating Engineers Skill Improvement & Apprenticeship Fund and chairman of the Construction Business Group, a trust fund designed to protect the interests of fair contractors. He is also a trustee of the union’s Health Benefit Fund since 1997, and additionally he is one of five trustees from labor to serve on the Central Pension Fund of the International Union of Operating Engineers. Recently, Terry was re-elected as the Twelfth Vice President of the International Union of Operating Engineers in Washington, D.C.