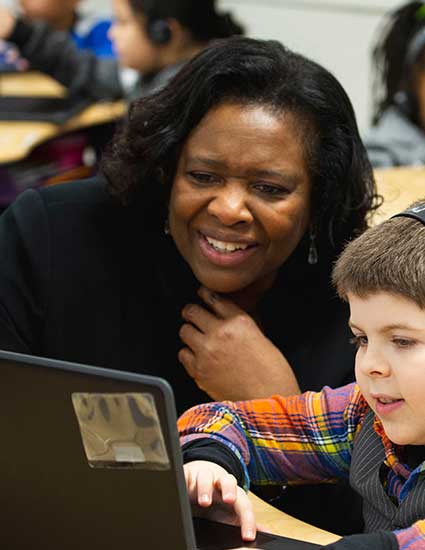 Carolyn Stanford Taylor was named Wisconsin State Superintendent of Public Instruction in January 2019. With almost four decades of public education experience, including the past 17 years as the Assistant State Superintendent for the Division for Learning Support, Stanford Taylor has been dedicated to the education of our next generation and ensuring all children have an opportunity to access a quality education. She is the first African American state superintendent in Wisconsin history.

As Wisconsin's chief state school officer and leader of the Wisconsin Department of Public Instruction, Stanford Taylor is committed to building on the vision of "Every Child a Graduate, College and Career Ready," and advancing educational equity.

Stanford Taylor, along with her siblings, was one of a few African American families to integrate the schools in her birthplace of Marks, Mississippi. She came to Wisconsin to pursue an elementary education degree at the University of Wisconsin–Madison. After earning her degree, she served as a classroom teacher and principal in the Madison Metropolitan School District. There, Stanford Taylor became the first African-American president of the local teachers union.

Upon joining the DPI in 2001, Stanford Taylor became the first female, African American appointed to serve as an assistant state superintendent. She is now one of Wisconsin’s longest-serving assistant state superintendents, overseeing the Special Education Team, one of the agency’s largest teams; the Student Services / Prevention and Wellness Team, which focuses on keeping students safe, supported, and engaged; and the residential schools for students who are blind and visually impaired in Janesville and students who are deaf and hard of hearing in Delavan. Her work with and for children extends beyond her professional career through service with her church and the community.